Set in 1988. Ronnie runs a guest house with stepsister, Heather. She drops a bombshell that a hotel inspector is due any minute. Two couples arrive, who sign in with alias names. The hotel inspector turns up undercover and then a police inspector arrives undercover, looking for a couple, who’ve kidnapped a dog from an actor. It becomes apparent that both couples have smuggled a dog in. Chaos ensues for Ronnie, as there are now, two dogs, two inspectors and two very suspicious couples. 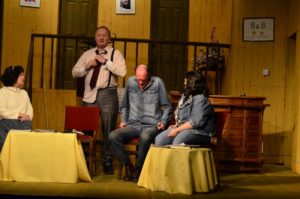 The Break Away, premiered in April 2017. 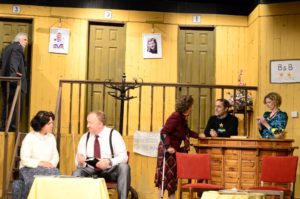 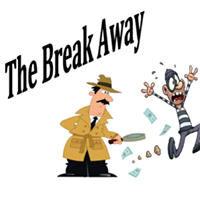