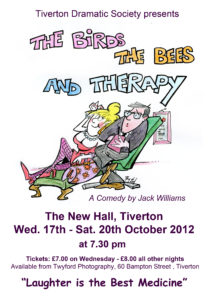 The Birds, The Bees and Therapy

This hilarious fast paced comedy is devised on a split-stage, half in the flat of Steve Kingsellar, and half in the local Community Centre where he works as a group therapist. After a rambunctious evening drowning his sorrows with the idea of forgetting about Emma, his married friend who he’s in love with, he unfortunately meets Samantha! 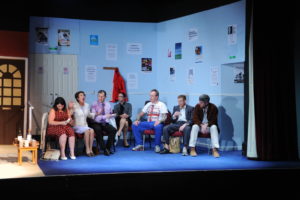 The play begins with Steve waking up with little memory of the night before, and he must get to work.

His trouble-free life unravels at a rapid rate of knots, when the delusional Samantha reappears to declare her true feelings for him. Adding to the confusion, his cantankerous flatulent father turns

up, whilst Steve tries to fend off his flirty OAP neighbour. Throw in his group therapy patients, who have various problems including, anger, OCD, and an alcoholic, plus a lothario taxi driver.

Everything comes to a head with his professional and personal life intertwining! 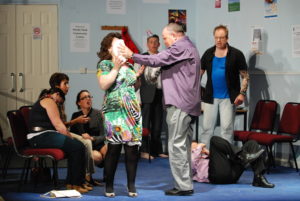 The Birds, The Bees & Therapy, premiered in October 2012.

For further details, and to read a ten page extract of the script please check out  www.playscripts.online 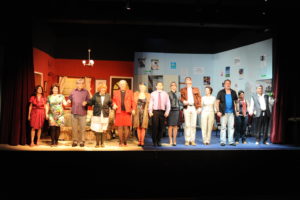